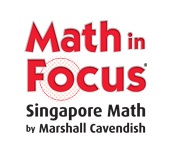 A study of HMH Math in Focus (MIF) released today by research firm Empirical Education Inc. demonstrates a positive impact of the curriculum on Clark County School District elementary students’ math problem solving skills. The 2011-2012 study was contracted by the publisher, which left the design, conduct, and reporting to Empirical. MIF provides elementary math instruction based on the pedagogical approach used in Singapore. The MIF approach to instruction is designed to support conceptual understanding, and is said to be closely aligned with the Common Core State Standards (CCSS), which focuses more on in-depth learning than previous math standards.

Empirical found an increase in math problem solving among students taught with HMH Math in Focus compared to their peers. The Clark County School District teachers also reported an increase in their students’ conceptual understanding, as well as an increase in student confidence and engagement while explaining and solving math problems. The study addressed the difference between the CCSS-oriented MIF and the existing Nevada math standards and content. While MIF students performed comparatively better on complex problem solving skills, researchers found that students in the MIF group performed no better than the students in the control group on the measure of math procedures and computation skills. There was also no significant difference between the groups on the state CRT assessment, which has not fully shifted over to the CCSS.

The research used a group randomized control trial to examine the performance of students in grades 3-5 during the 2011-2012 school year. Each grade-level team was randomly assigned to either the treatment group that used MIF or the control group that used the conventional math curriculum. Researchers used three different assessments to capture math achievement contrasting procedural and problem solving skills. Additionally, the research design employed teacher survey data to conduct mediator analyses (correlations between percentage of math standards covered and student math achievement) and assess fidelity of classroom implementation.