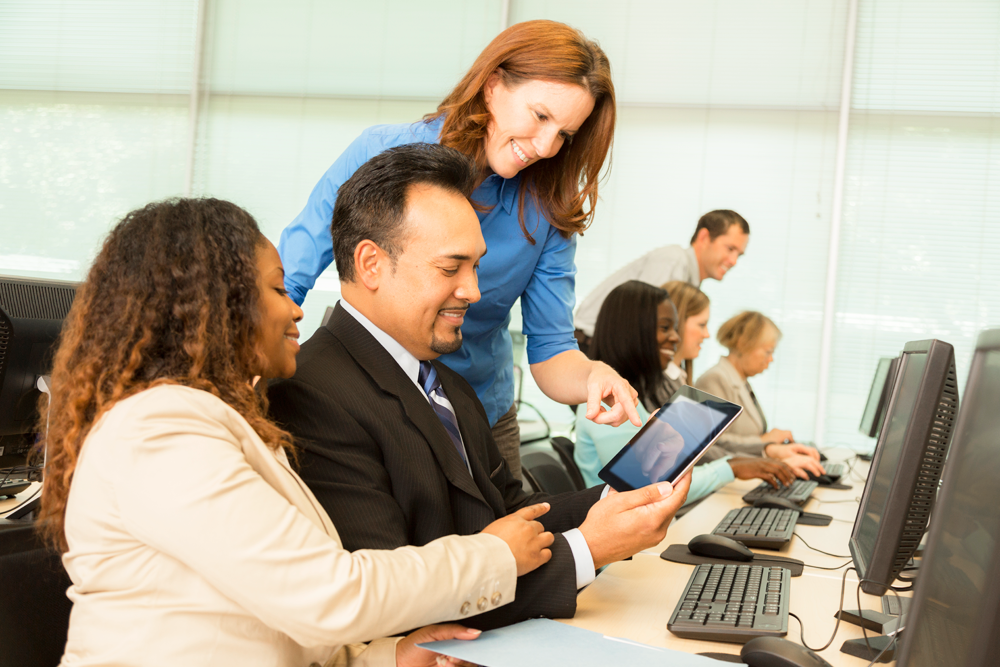 The U.S. Department of Education’s Institute of Education Sciences published a report of a study we conducted for REL Southwest! We are thankful for the support and engagement we received from the Educator Effectiveness Research Alliance throughout the study.

The study was published in December 2017 and provides updated information regarding teacher mobility for Texas public schools during the 2011-12 through 2015-16 school years. Teacher mobility is defined as teachers changing schools or leaving the public school system.

In the report, descriptive information on mobility rates is presented at the regional and state levels for each school year. Mobility rates are disaggregated further into destination proportions to describe the proportion of teacher mobility due to within-district movement, between-district movement, and leaving Texas public schools. This study leverages data collected by the Texas Education Agency during the pilot of the Texas Teacher Evaluation and Support System (T-TESS) in 57 school districts in 2014-15. Analyses examine how components of the T-TESS observation rubric are related to school-level teacher mobility rates.

During the 2011-12 school year, 18.7% of Texas teachers moved schools within a district, moved between districts, or left the Texas Public School system. By 2015-16, this mobility rate had increased to 22%. Moving between districts was the primary driver of the increase in mobility rates. Results indicate significant links between mobility and teacher, student, and school demographic characteristics. Teachers with special education certifications left Texas public schools at nearly twice the rate of teachers with other teaching certifications. School-level mobility rates showed significant positive correlations with the proportion of special education, economically disadvantaged, low-performing, and minority students. School-level mobility rates were negatively correlated with the proportion of English learner students. Schools with higher overall observation ratings on the T-TESS rubric tended to have lower mobility rates.

Findings from this study will provide state and district policymakers in Texas with updated information about trends and correlates of mobility in the teaching workforce, and offer a systematic baseline for monitoring and planning for future changes. Informed by these findings, policymakers can formulate a more strategic and targeted approach for recruiting and retaining teachers. For instance, instead of using generic approaches to enhance the overall supply of teachers or improve recruitment, more targeted efforts to attract and retain teachers in specific subject areas (for example, special education), in certain stages of their career (for example, novice teachers), and in certain geographic areas are likely to be more productive. Moreover, this analysis may enrich the existing knowledge base about schools’ teacher retention and mobility in relation to the quality of their teaching force, or may inform policy discussions about the importance of a stable teaching force for teaching effectiveness.

The U.S. Department of Education’s Institute of Education Sciences published two reports of studies we conducted for REL Southwest! We are thankful for the support and engagement we received from the Educator Effectiveness Research Alliance and the Oklahoma Rural Schools Research Alliance throughout the studies. The collaboration with the research alliances and educators aligns well with what we set out to do in our core mission: to support K-12 systems and empower educators in making evidence-based decisions.

The first study was published earlier this month and identified factors associated with successful recruitment and retention of teachers in Oklahoma rural school districts, in order to highlight potential strategies to address Oklahoma’s teaching shortage. This correlational study covered a 10-year period (the 2005-06 to 2014-15 school years) and used data from the Oklahoma State Department of Education, the Oklahoma Office of Educational Quality and Accountability, federal non-education sources, and publicly available geographic information systems from Google Maps. The study found that teachers who are male, those who have higher postsecondary degrees, and those who have more teaching experience are harder than others to recruit and retain in Oklahoma schools. In addition, for teachers in rural districts, higher total compensation and increased responsibilities in job assignment are positively associated with successful recruitment and retention. In order to provide context, the study also examined patterns of teacher job mobility between rural and non-rural school districts. The rate of teachers in Oklahoma rural schools reaching tenure is slightly lower than the rates for teachers in non-rural areas. Also, rural school districts in Oklahoma had consistently lower rates of success in recruiting teachers than non-rural school districts from 2006-07 to 2011-12.

This most recent study, published last week, examined data from the 2014-15 pilot implementation of the Texas Teacher Evaluation and Support System (T-TESS). In 2014-15 the Texas Education Agency piloted the T-TESS in 57 school districts. During the pilot year teacher overall ratings were based solely on rubric ratings on 16 dimensions across four domains.

The study examined the statistical properties of the T-TESS rubric to explore the extent to which it differentiates teachers on teaching quality and to investigate its internal consistency and efficiency. It also explored whether certain types of schools have teachers with higher or lower ratings. Using data from the pilot for more than 8,000 teachers, the study found that the rubric differentiates teacher effectiveness at the overall, domain, and dimension levels; domain and dimension ratings on the observation rubric are internally consistent; and the observation rubric is efficient, with each dimension making a unique contribution to a teacher’s overall rating. In addition, findings indicated that T-TESS rubric ratings varied slightly in relation to some school characteristics that were examined, such as socioeconomic status and percentage of English Language Learners. However, there is little indication that these characteristics introduced bias in the evaluators’ ratings. 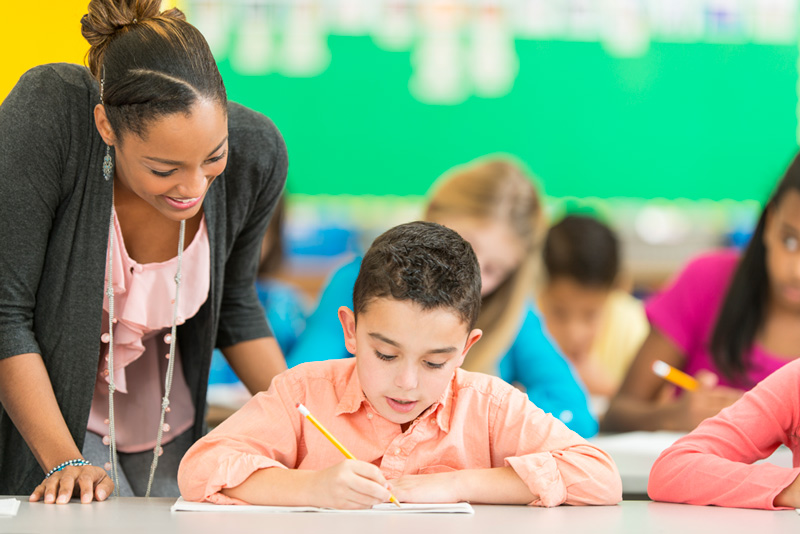 Our CEO, Denis Newman, will be collaborating with Andrew Coulson (Chief Strategist, MIND Research Institute) and Bridget Foster (Senior VP and Managing Director, SIIA) to bring you an informative webinar next month!

This free webinar (Co-hosted by edWeb.net and MCH Strategic Data) will introduce you to a new approach to evidence about which edtech products really work in K-12 schools. ESSA has changed the game when it comes to what counts as evidence. This webinar builds on the Education Technology Industry Network’s (ETIN) recent publication of Guidelines for EdTech Impact Research that explains the new ground rules.

The presentation will explore how we can improve the conversation between edtech developers and vendors (providers), and the school district decision makers who are buying and/or piloting the products (buyers). ESSA has provided a more user-friendly definition of evidence, which facilitates the conversation.

The presentation brings together two experts: Andrew Coulson, a developer who has conducted research on their products and is concerned with improving the efficacy of edtech, and Denis Newman, a researcher who is the lead author of the ETIN Guidelines. The presentation will be moderated by Bridget Foster, a long-time educator who now directs the ETIN at SIIA. This edWebinar will be of interest to edtech developers, school and district administrators, education policy makers, association leaders, and any educator interested in the evidence of efficacy in edtech.

The latest evidence that research can be both rigorous and relevant was the subject of an announcement that the Software and Information Industry Association (SIIA) made last month about their new guidelines for conducting effectiveness research. The document is aimed at SIIA members, most of whom are executives of education software and technology companies and not necessarily schooled in research methodology. The main goal in publishing the guidelines is to improve the quality—and therefore the credibility—of research sponsored by the industry. The document provides SIIA members with things to keep in mind when contracting for research or using research in marketing materials. The document also has value for educators, especially those responsible for purchasing decisions. That’s an important point that I’ll get back to.

One thing to make clear in this blog entry is that while your humble blogger (DN) is given credit as the author, the Guidelines actually came from a working group of SIIA members who put in many months of brainstorming, discussion, and review. DN’s primary contribution was just to organize the ideas, ensure they were technically accurate, and put them into easy to understand language.

Here’s a taste of some of the ideas contained in the 22 guidelines:

The Guidelines are not just aimed at industry. SIIA believes that as decision-makers at schools begin to see a commitment to providing stronger research, their trust in the results will increase. It is also in the educators’ interest to review the guidelines because they provide a reference point for what actionable research should look like. Ultimately, the Guidelines provide educators with help in conducting their own research, whether it is on their own or in partnership with the education technology providers.

Research: From NCLB to Obama’s Blueprint for ESEA

We can finally put “Scientifically Based Research” to rest. The term that appeared more than 100 times in NCLB appears zero times in the Obama administration’s Blueprint for Reform, which is the document outlining its approach to the reauthorization of ESEA. The term was always an awkward neologism, coined presumably to avoid simply saying “scientific research.” It also allowed NCLB to contain an explicit definition to be enforced—a definition stipulating not just any scientific activities, but research aimed at coming to causal conclusions about the effectiveness of some product, policy, or laboratory procedure.

A side effect of the SBR focus has been the growth of a compliance mentality among both school systems and publishers. Schools needed some assurance that a product was backed by SBR before they would spend money, while textbooks were ranked in terms of the number of SBR-proven elements they contained.

Some have wondered if the scarcity of the word “research” in the new Blueprint might signal a retreat from scientific rigor and the use of research in educational decisions (see, for example, Debra Viadero’s blog). Although the approach is indeed different, the new focus makes a stronger case for research and extends its scope into decisions at all levels.

The Blueprint shifts the focus to effectiveness. The terms “effective” or “effectiveness” appear about 95 times in the document. “Evidence” appears 18 times. And the compliance mentality is specifically called out as something to eliminate.

“We will ask policymakers and educators at all levels to carefully analyze the impact of their policies, practices, and systems on student outcomes. … And across programs, we will focus less on compliance and more on enabling effective local strategies to flourish.” (p. 35)

Instead of the stiff definition of SBR, we now have a call to “policymakers and educators at all levels to carefully analyze the impact of their policies, practices, and systems on student outcomes.” Thus we have a new definition for what’s expected: carefully analyzing impact. The call does not go out to researchers per se, but to policymakers and educators at all levels. This is not a directive from the federal government to comply with the conclusions of scientists funded to conduct SBR. Instead, scientific research is everybody’s business now.

Carefully analyzing the impact of practices on student outcomes is scientific research. For example, conducting research carefully requires making sure the right comparisons are made. A study that is biased by comparing two groups with very different motivations or resources is not a careful analysis of impact. A study that simply compares the averages of two groups without any statistical calculations can mistakenly identify a difference when there is none, or vice versa. A study that takes no measure of how schools or teachers used a new practice—or that uses tests of student outcomes that don’t measure what is important—can’t be considered a careful analysis of impact. Building the capacity to use adequate study design and statistical analysis will have to be on the agenda of the ESEA if the Blueprint is followed.

Far from reducing the role of research in the U.S. education system, the Blueprint for ESEA actually advocates a radical expansion. The word “research” is used only a few times, and “science” is used only in the context of STEM education. Nonetheless, the call for widespread careful analysis of the evidence of effective practices that impact student achievement broadens the scope of research, turning all policymakers and educators into practitioners of science.