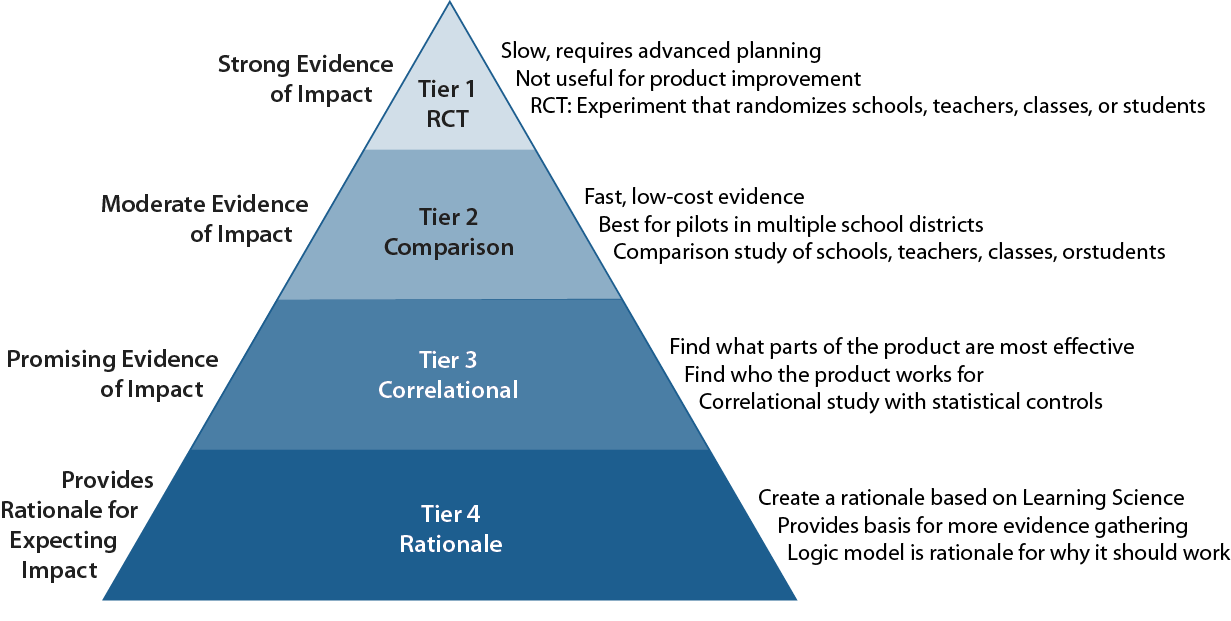 The U.S. Department of Education (ED) sets validity standards for evidence of what works in schools through The Every Student Succeeds Act (ESSA), which provides usefully defined tiers of evidence.

When we helped develop the research guidelines for the Software & Information Industry Association, we took a close look at ESSA and how it is often interpreted.

See examples of research we've conducted and results we've published under each of the ESSA tiers of evidence below.

The following are just a few examples of studies we've conducted that meet the ESSA tier 1 level of evidence: strong evidence. For more examples, you can view any report represented by a purple tile on our reports page.

The following are just a few examples of studies we've conducted that meet the ESSA tier 2 level of evidence: moderate evidence. For more examples, you can view any report represented by a pink tile on our reports page.

Empirical Education and Evidentally partner on studies that meet ESSA evidence level 3: promising evidence. The majority of these studies are for internal purposes and are therefore unpublished. Before the partnership of Evidentally and Empirical Education, we published the following reports that qualified for ESSA tier 3 of evidence.

We produce evidence that meets ESSA tier 4 in all of our studies: demonstrates a rationale. Additionally, we have taught courses and held webinars for a variety of audiences, helping them to produce their own tier 4 evidence. Meeting ESSA evidence tier 4 requires a logic model with components and outcomes tied to research, as well as a plan to continue research. We provide this as a free service to all partners on ED grant proposals, as well as on a consultancy basis for new clients. Examples of logic models we've collaborated on with clients, as well as annotated bibliographies can be found on our Pathways to Impact page. 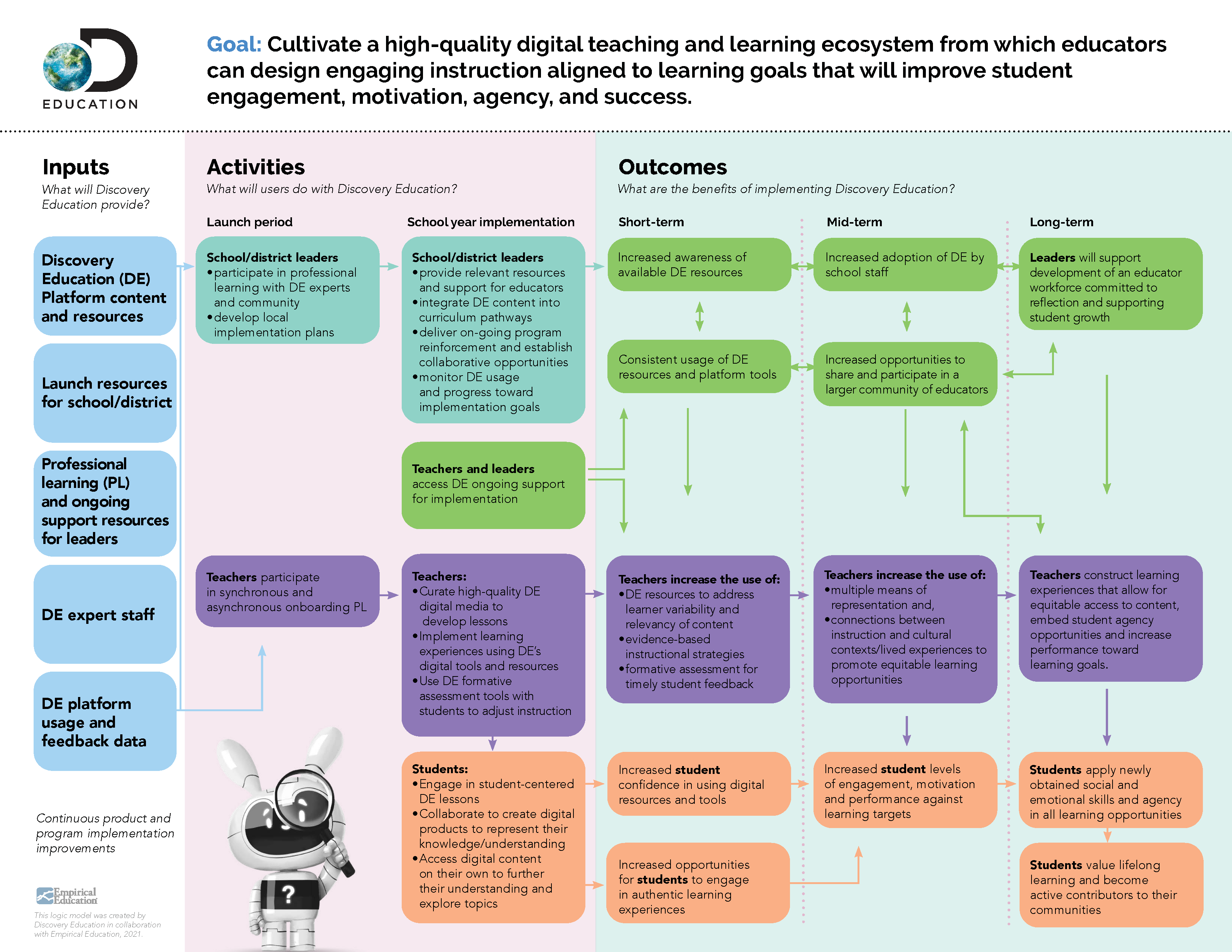 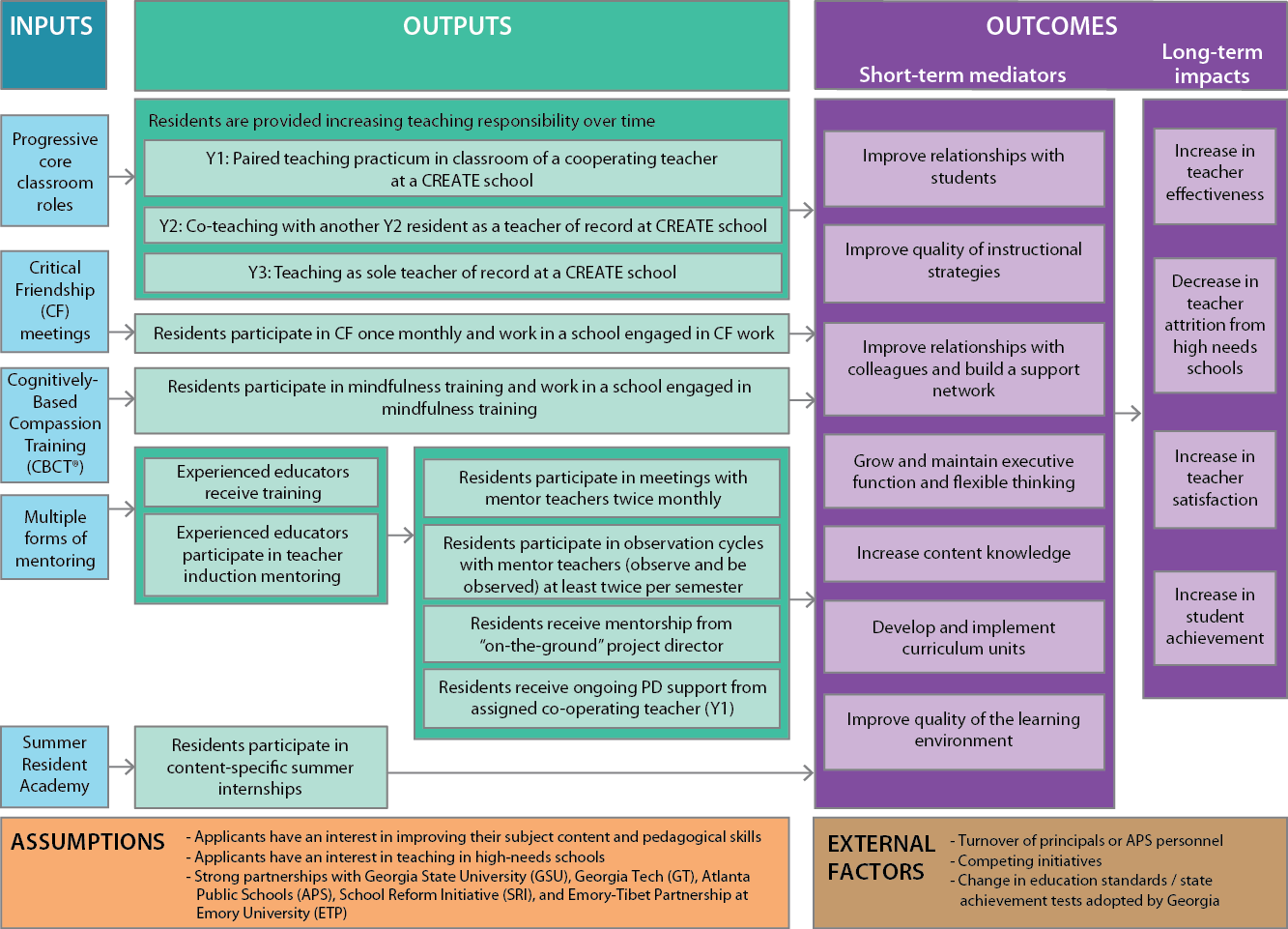 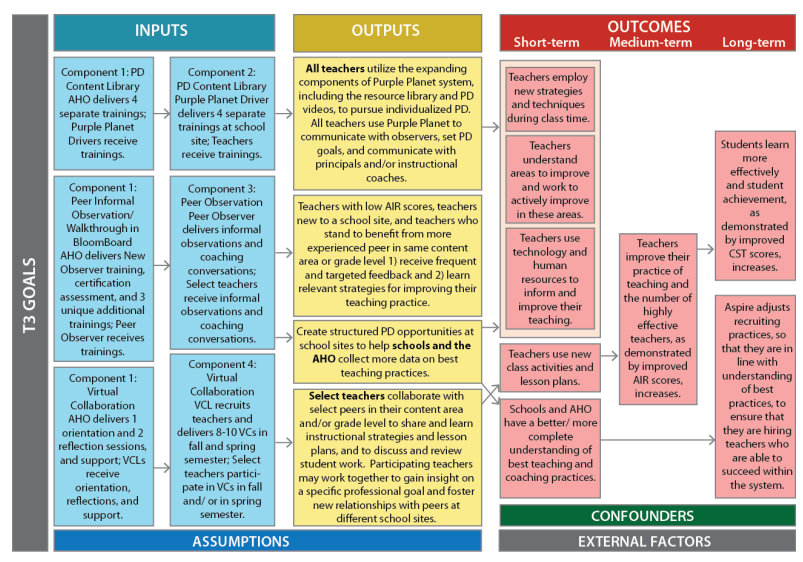 Our team works closely with the ESSA definitions and has addressed many of these issues. Our design for an RCE for the Dynamic Learning Project shows how tiers 2 and 3 can be combined to answer questions involving intermediate results (or mediators). If you are interested in more information on the ESSA levels of evidence, the 2017 webinar below titled "Measuring Edtech Impact in the ESSA Era" provides clarification.

Do you have specific questions about which ESSA evidence tier your program meets? Contact us.